A Misdiagnosis can Prolong Your Back Pain 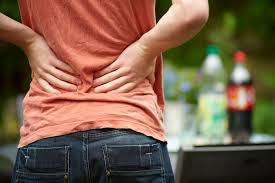 When suffering from back or neck pain, it’s critical to receive an accurate diagnosis in a timely manner. A misdiagnosis, regardless of the reason, can result in pain and suffering that you may have been able to avoid.

Recently, we consulted with a patient who was suffering from severe back and leg pain for three years.

Before visiting us, an orthopedic surgeon inaccurately diagnosed the problem as degenerative disc disease, despite the fact that his MRI showed a herniated disc.

Once we pinpointed the herniated disc at his L3/L4, we scheduled him for minimally invasive surgery and were able to fully correct the problem.

Upon meeting with the patient several weeks after the surgery, he stated that he was pain-free for the first time in many years.

While there is no guaranteed way to protect against a misdiagnosis, it’s critical to do so to the best of your ability. If you have reason to believe your doctor has misdiagnosed your condition, seek a second opinion before you proceed with treatment. This can help prevent lost time, all the while allowing you to reclaim control of your life as soon as possible.