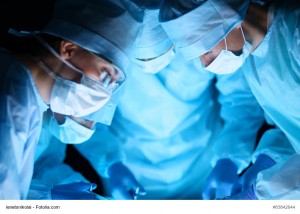 When you agree to undergo any type of surgical procedure, it’s your hope that it’ll all be worthwhile in the end. Unfortunately, there are times when this doesn’t happen.

Recently, we consulted with a patient who was struggling with the aftermath of a failed spine fusion surgery. After reviewing his past treatment, we decided that a bone fusion was the best way to correct his problem once and for all.

In addition to better understanding why the previous surgery failed, we took the time to explain a course of action. Not only did this give the patient peace of mind, but it also allowed him to move into the surgery with the highest level of confidence.

At our first appointment after the procedure, the patient noted that 95 percent of his pain was gone and he no longer needed to rely on ibuprofen to get through his day. Furthermore, he was excited to be able to return to full activity – something that had escaped him for so long.

It’s difficult to manage the aftermath of a failed surgery, but don’t forget that there’s always hope for a better future.