A Herniated Disc can Cause Severe Leg Problems 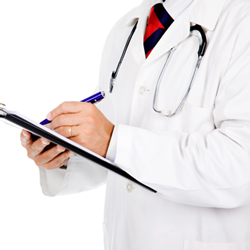 A herniated disc has the potential to cause a variety of health concerns throughout your body. For example, depending on the location, it can cause severe leg problems that limit your ability to live your day-to-day life.

Recently, we consulted with a patient who was diagnosed with a herniated disc at L3/L4. A previous surgeon inaccurately diagnosed him with degenerative disc disease, thus leading him to live with severe leg pain for approximately three years.

After reviewing his MRI, it was clear that his problem was a herniated disc, not degenerative disc disease.

We were able to quickly schedule him for minimally invasive surgery, thus leading to fully correcting the problem once and for all. At our first follow-up appointment, he noted that he hadn’t felt that good for as long as he could remember.

A herniated disc doesn’t always require surgery, but when it does it’s critical to take immediate action. Neglecting to do so can result in other problems, such as those associated with the legs.